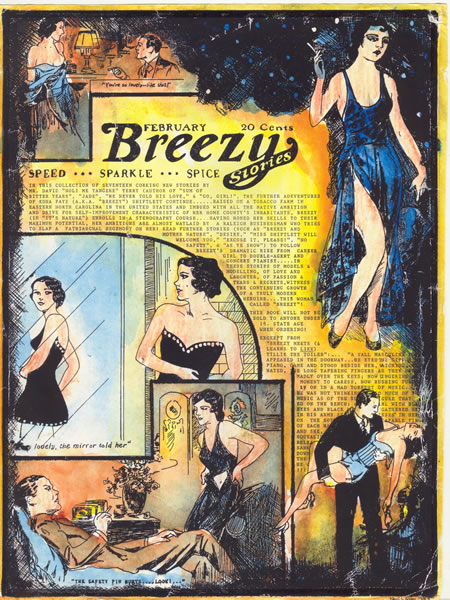 india ink and watercolor
1995
Oh, Lord…what to say? This is one of three, wildly self-indulgent parodies-of-1930’s-soft-porn I made 15 years ago (wasn’t EVERYONE doing this sort of work then?). All of them “advertised” soft-porn novellas (none of which ever actually existed) that concerned the various “racy romps” of North Carolina’s “smart set”. By hitting the “larger image” label, you can read the texts I wrote….most of which were pretty appalling by the politically-correct standards of the day. And, yes….I did it on purpose….
All in all, though, these DID seem to be something a lot of folks’ grandfathers would have kept hidden behind the tool shed in 1934. I still have to occasionally insist to folks that the books never existed……