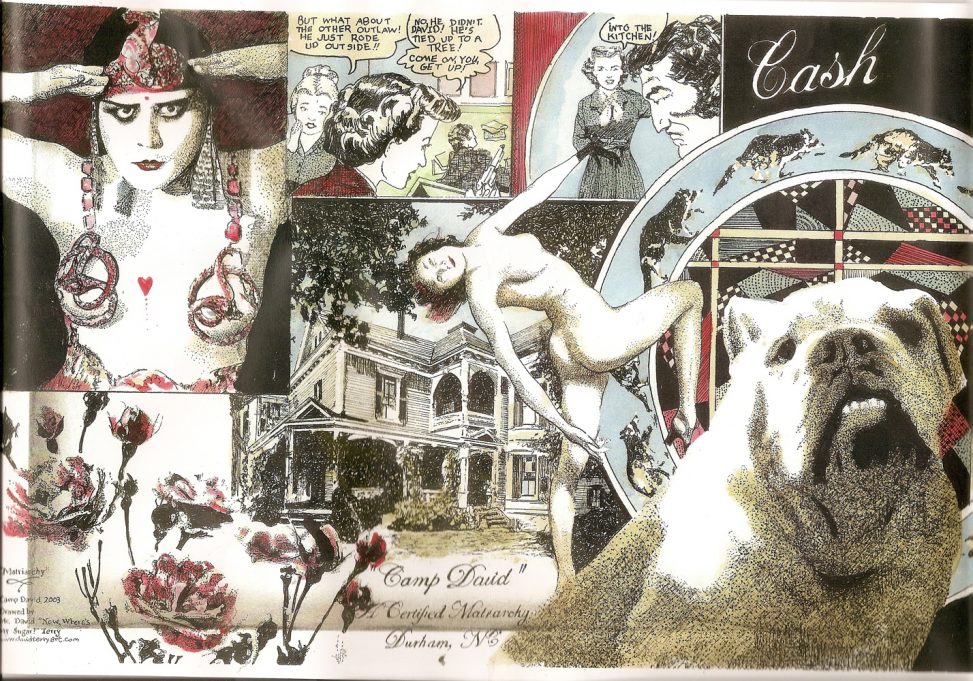 ink and watercolor
2003
I did this picture when, after seven years of living with only-child Laura Argiri in her grandmother’s house (with Laura’s 70 year old, only-child mother living one door down the street), I’d became more than usually aware that I was living in a house built by women, for women, and passed from only-daughter to a subsequent only-daughter for a Very Long While and for several generations….
Interestingly enough (and, having bought the old house a couple of doors up the street, I’m still good friends with Laura), the family’s “best friends” from Old Durham are also families in which an only-child daughter passed everything on to HER only-child daughter, who in turn passed the property on to…..world without end, amen…….
all in all? I learned to know a matriarchy when I’m living in one.