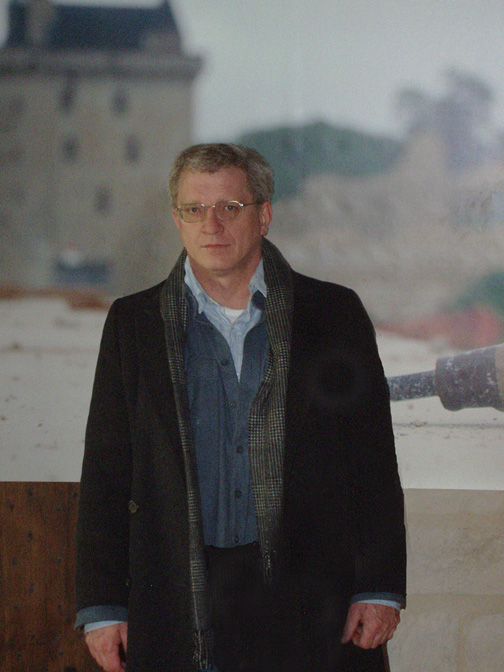 David Terry’s drawings and paintings range from evocative landscapes and portraits to intricate, multi-image montages. In addition to Terry’s work in Fine Art, he illustrates regularly for a number of national magazines and newspapers. Since 1997, he has completed 26 published bookcovers, many advertising pieces, and numerous privately commissioned works. All of the work is done on paper. Tinting/painting is done with watercolor, pastel pencils, oil pencils, and inks.

While Terry’s rural eastern Tennessee roots are obvious in the nature imagery and Southern iconography that permeate his work, his grounding in Literature is perhaps even more apparent—he holds an undergraduate degree in English from the University of the South and graduate degrees in Literature from both Middlebury (the Bread Loaf School of English), and Duke, with additional graduate studies at Oxford and the University of Virginia.

David Terry first gained attention at the 1994 New Art exhibition at Duke University. Subsequently (not to mention surprisedly), he won an Emerging Artist Grant in 1996, and (since that time) has held many one-man shows in various commercial galleries, and otherwise beat a very hot track out of the teaching profession…..and, yes, he is highly aware (ten years after this website was established, and the previous comments written) that it’s more than just-slightly creepy to introduce yourself in the third-person. I also realize that saying you work for newspapers has, in the past ten years, become  all too much like saying you repair carriage wheels or moonlight in a whale-oil factory.

All pictures shown in on this website are available in high resolution jpeg format upon request.

Surprisingly enough, nothing particularly nasty has been said that’s managed to find its way into print….

email: dterrydraw@aol.com   (the best way to contact me.  I don’t text.)