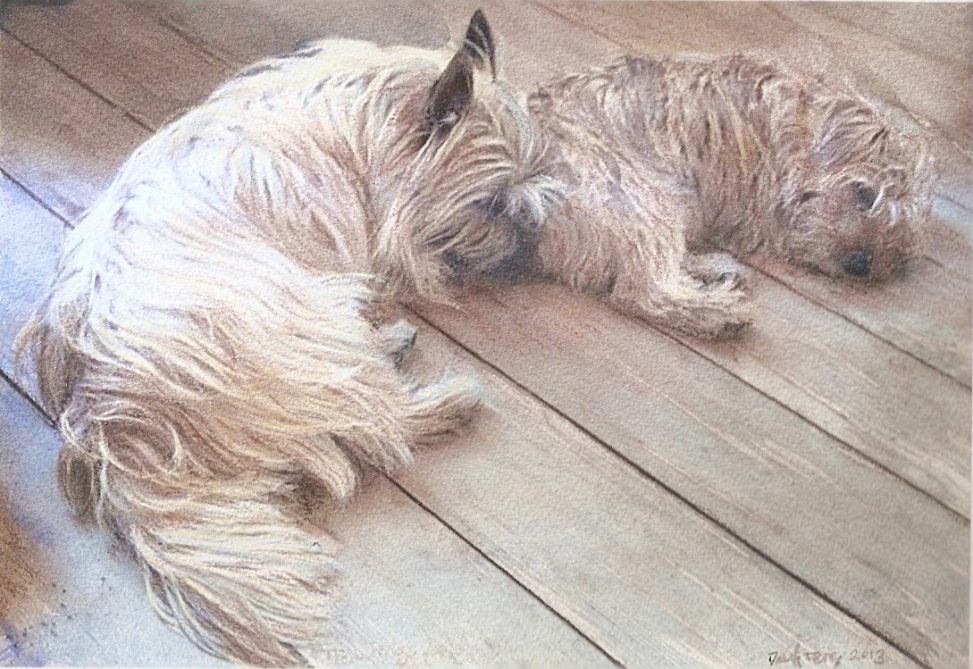 “The Wings of the Dove” (Charlottesville, VA)

I spent a month, starting in March, up in Charlottesville with my longtime friends, Newby and Marcy (mother and daughter) in their big, 1850, terrier-filled house….where I’ve been staying off and on for (as Newby reminded me) more than half of my life, as of now.  I love being there, obviously.  Presumably, they don’t exactly mind my being there; they’ve had 27 years to lodge a complaint and haven’t done so yet (I know…perhaps that’s merely a testament to their forbearance). Scroll down for further comments…..

In any case, when I first arrived, the household was overwhelmed (temporarily, I should emphasize) with recent sickness and sorrow for all involved.  On top of everything else, it SNOWED the day after my arrival; Marcy, trying to get to work, got no further than the sidewalk in front of that old house before she fell and essentially broke her ankle.

So?….the next day, we found our sorry-selves all laid-up in one of the front rooms.  Sad-Sack-Me was the only ambulatory human in the house, and we found it really difficult to find much to be happy about or grateful for on that particular, afternoon of melting snow and visiting home-nurses.

I had, however, brought happy,young Morgan (a cairn terrier) with me from North Carolina, and Marcy now has “Pip”….. a bright and wildly intelligent Norfolk terrier puppy…..insofar as I can gather, the only thing she’s ever bought purely for herself in her entire life (we all encouraged her to get him— and damn the cost).  Pip and Morgan are lovely, funny, & astoundingly active dogs. Neither has a problem or worry in the world.

Pip and Morgan got on like a house on fire and played ferociously together everyday (it’s remarkably difficult to distinguish the two of them when they become a rolling, wrestling, & play-pretend-snapping ball of brindled, coarse puppy fur). Newby and Marcy were laid on different couches in the room (” Keep the Foot UP!!!”) on various doctor’s orders, and I, with troubles of my own, was glumly parked on the floor. On that particular day, we simply shut up about our sorrows and watched those young dogs wear themselves out, playing on the floor between us.

It was lovely….and, yes, both of those puppies finally crashed & fell asleep on the floor in between the three of us.  As I recall, they woke up two hours later and began the wild rumpus all over again.  Newby, Marcy, and I are (by many folks’ standards) all too emotionally invested in our dogs….but there are difficult days when you don’t know what you’d do without them, aren’t there?.  So, we don’t care what other folks think of our supposed silliness.

By the way?….Marcy and Newby are both such sufficiently devout Episcopalians (as am I, all too obviously) as to recognize a reference to the psalms (not to mention Henry James’s paraphrasing of it for his novel) when they come across it in a painting’s title……