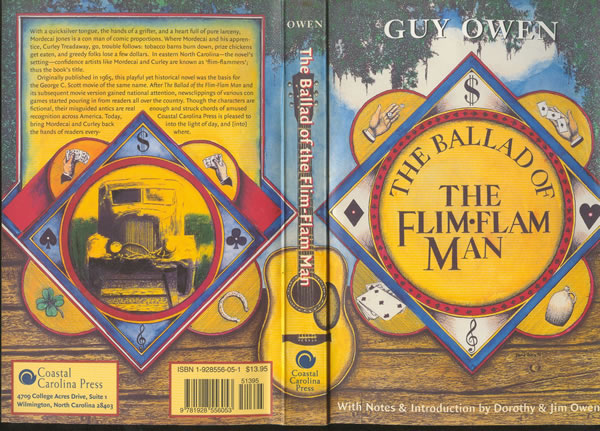 Bookcover for “The Ballad of the FlimFlam Man”

Ink and watercolors
20×23″
2000
This was commissioned as the cover for the re-publication of Guy Owen’s novel The Ballad of the FlimFlam Man.
To be honest, I’d never read the novel at that time, although I was mildly interested to hear that it had been made into a successful movie with George C. Scott in 1967. I was genuinely thrilled, however, to hear that the same movie had co-starred the inimitable “**Slim Pickens**!”.
I remember thinking (and this would be after being hired to illustrate for the Washington Post Book Review) “Oh….I’ll finally have done something that folks back home will be impressed by when I tell them….”