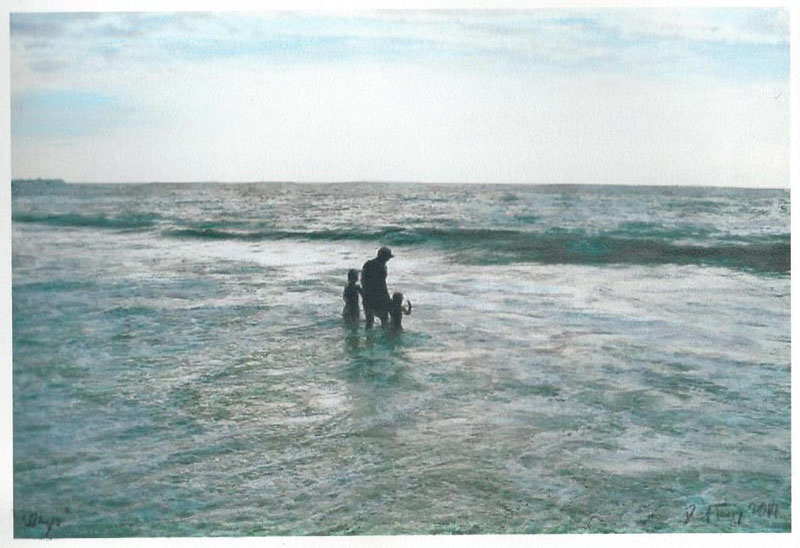 “These Days to Come”

“These Days to Come” (A Father & Sons Portrait. For Bob Metzger & Sons)

“What are days for?
Days are where we live.
They come, they wake us
Time and time over.
They are to be happy in:
Where can we live but days?….”

While I’ve not enquired too closely, I gather that my friends/neighbors, April Brown and Robert Metzger, have been divorced for something around ten years.  That said and laid quite aside?…..They’re both still steady friends with each other (Bob lives in Chapel Hill, and April lives across the street from me, here in Hillsborough), and I’ve been regularly struck by how utterly and consistently loyal and attentive they are….particularly in regard to the two sons (now age 18 and 21) they had/have together.  Both  sons are, indeed, lucky boys to have such parents.

I should add that, whenever I’ve complimented April or Robert on this matter?…….they just respond with a sort of blank “What else WOULD a parent do?”.

For better or worse, I spent all too many years working in fancy-ass boarding schools, and I’ve dealt with all too many parents who think that throwing money at a supposed “problem” will solve it….or make it “go away”.

Suffice it to say that I greatly admire both of them..

I pretty-much stole the originating photograph from April when, last week, she was showing me photographs taken 15 or so years ago.

This one will be a gift to Bob and April.  Lord knows which house it will end up in…..