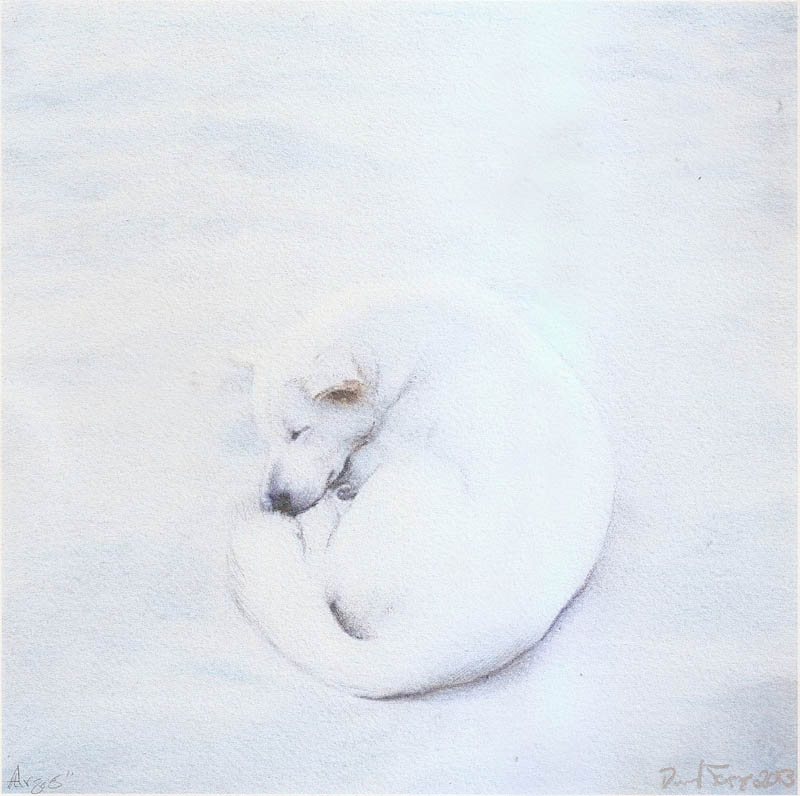 “A Dream for Argus”

He died almost two years ago, loyal as ever and, in strict accordance with the pre-ordained script (given his name and the myth), on the morning of Martini’s memorial service at her and Bob’s home in the woods on the edge of Chapel Hill.

My fondest memory of Argos was one time when Bob, coming to visit us in Durham, brought Big Argos along.  Kate (my oldest and ridiculously ALPHA female west-highland terrier) went charging towards the door…..and then spent the next two hours in complete bewilderment over what to do about another all-white dog that was at least 9 times her size. For once, she stopped barking….

To his credit, Argos completely ignored her, although he played a lot (and, as ever, gently) with my new puppy (who weighed all of three pounds at that time).

It’s a terrible scan, by the way….the danged machine is breaking down, I think.  I’m also gathering that it doesn’t like to “pick up” pure pastels….particularly if they’re various shades of white and palest blue.