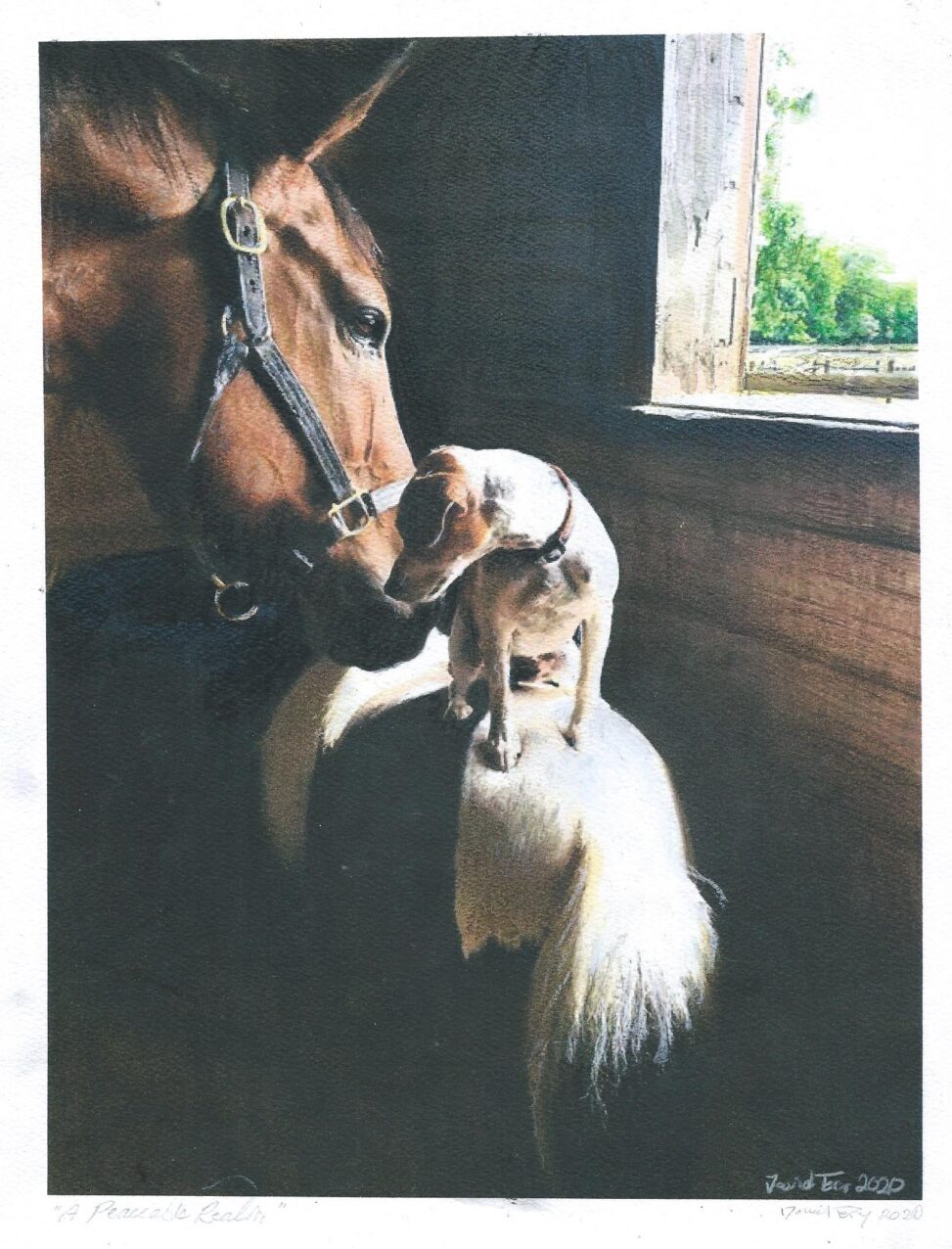 After the divorce and, later, losing the Webb House, I moved to Quail Roost Farm…..a mere 20-some miles from Hillsborough….but it felt like another planet. Of course, I would have felt disoriented anywhere, at that time. I’d never cared about the “horsey world” (saw plenty of it while I was growing up)_…..but I did learn a few things about it while at Quail Roost…..and more since leaving.. I couldn’t possibly care less about all the inevitably Republican-blonde horse owners and their bigass SUV’s…..and, living as I did in the former barn-manager’s cottage, I was fairly put off by the constant streams of ferriers (sp?), Vets, trainers, groomers, and generally fussy folks who poured in and out of the two main barns all of every day. I DID learn, however, that all one had to do, to see what true peace was?……..was to go with my two remaining terriers and visit the barns in the late afternoon/early evening. It was always magical (and the ticket price was a pocketful of chopped=up carrots). Tired, quiet, and unbelievably patient horses…..and nothing but peace…particularly aftr hot, Summer afternoons. Those visits to the barn (twenty yards outside my front porch) did a lot towards establishing the healing (cliche, I know, but all too true) I needed to find at that time. I should emphasize that the originating photograph for this painting was taken by…I don’t know who. I think it was one of the many intrepid horsewomen I’ve met through Facebook and my jolly pal, Allie Conrad (she’s a fine photographer; “friend” her on facebook or visit her website to see some amazingly original equine photography….plus, she’s just flat-out funny). She also doesn’t mind if I steal from her.