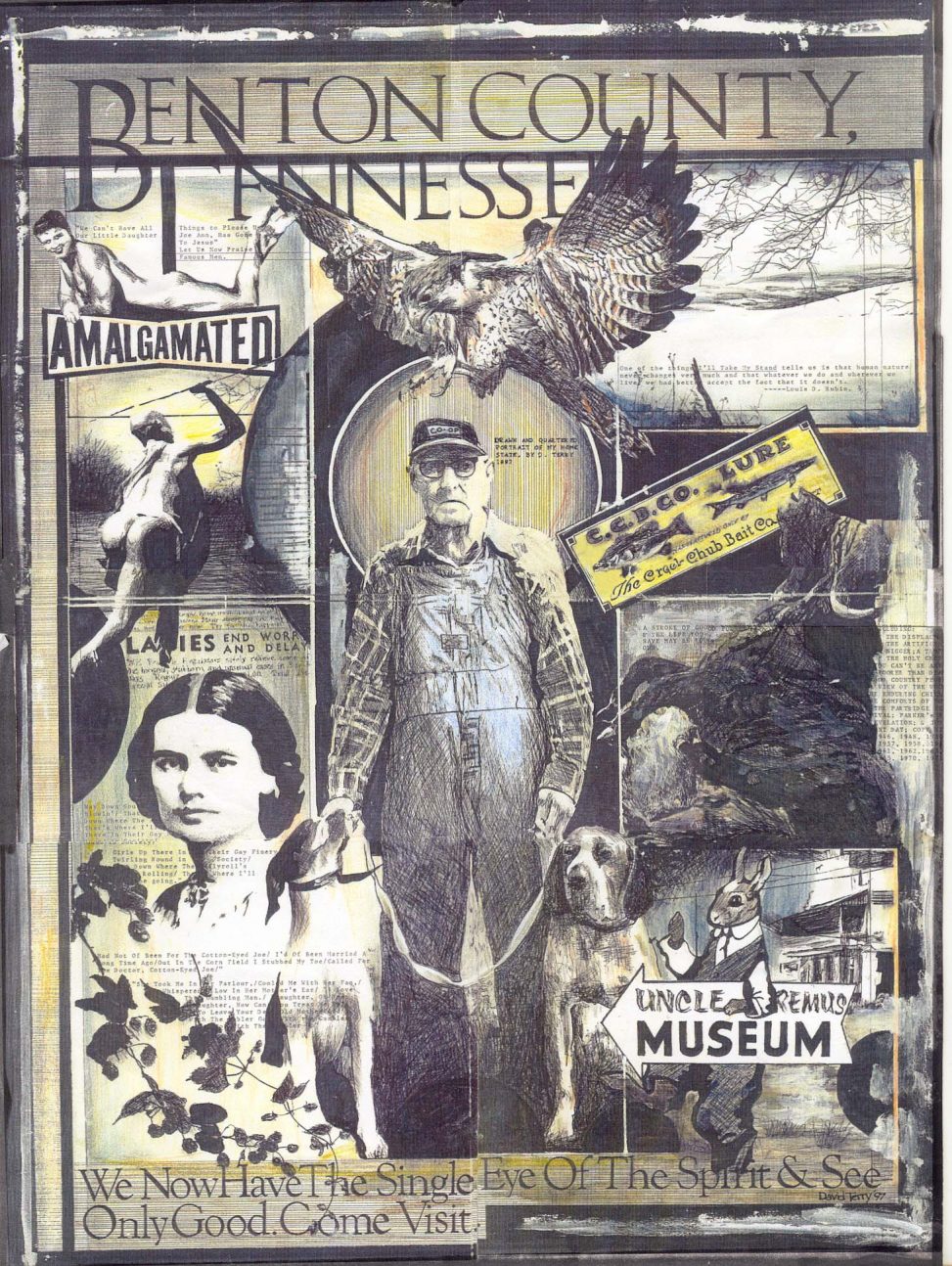 ink, pencil, & watercolor
25″x28″
1997
This was in my very first gallery show, “The Great Southern Rag & Bone Shop Show”. Interestingly enough, it remains the only picture of mine that a gallery owner has ever bought for his/her own house.
I recall finishing it one night (13 years ago?) and thinking “well, THAT thing is screwed unto the Very Lord”….and I cut it into four pieces, thinking I could perhaps salvage at least a portion of it (it had a LOT of detailed drawing in it). Then, I was further frustrated, and I just put it all in the garbage can. John Bloedorn (the gallery owner) came by the next day to pick up new pictures, saw the pieces, and took them away with him. Somehow, he re-assembled & mounted them all, and gave the picture the most prominent place in the exhibition.
In any case, the picture was, quite literally, drawn and subsequently quartered.
Among all that swirling mass of quotations and images, my favorite quotation is from an Alabama sharecropper’s daughter’s tombstone (as recorded by James Agee in Now Let Us Praise Famous Men): **”We can’t have all things to please us./ Little Sally’s gone to Jesus”.**
Since it increasingly looks as though I’ll get a free-hand in my own funeral arrangements, I’ll probably ask for the same (albeit with a name-change) to put on my own gravestone.